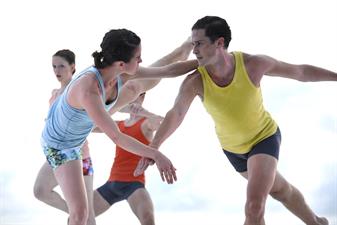 Cornfield Dance: The Wasp in the Window and Other Dances 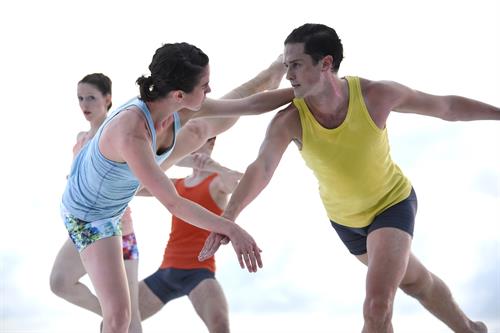 New York-based Cornfield Dance returns to Windhover Center for the Performing Arts on August 20 and 21 to present the world premiere of artistic director Ellen Cornfield’s newest work, The Wasp in the Window.

The Wasp in the Window is a meditation on the dark and the light sides of life that coexist with surprising regularity, and was inspired by Cornfield Dance’s Windhover residency in 2021.

The second half of the program features “Squaring into Space,” a dance that incorporates material from two Cornfield Dance repertory pieces: “Small Stages,” a humorous and lively work confined to six-foot square areas of the stage, and the pandemic-inspired “Spaced Out,” performed on and around six folding red chairs. Both works are danced by Alex Berger, Eve Jacobs, Vanessa Knouse, Jin Ju Song-Begin, Ned Sturgis, Joshua Tuason. The music is composed and performed live by composer and long-time Cornfield Dance collaborator Andreas Brade. The performance is followed by a Q&A with the artists.
Tickets are $34 for general and accessible admission and $24 for students, and are available at https://windhover.org/performances/. Performances happen rain or shine under the big tent on Windhover’s outdoors stage. Seating begins at 6:30 and audiences are welcome to bring refreshments. For more information about Windhover Center for the Performing Arts, please visit https://windhover.org/

Ellen Cornfield is a former member of the legendary Merce Cunningham Company and one of the foremost Cunningham dancers of her generation, performing in the original casts of Cunningham’s work from 1974-1982 and teaching at the Cunningham Studio until 2003. She established Cornfield Dance in 1989, bringing her elegant, robust and at times quirky choreography to audiences throughout the world. She has taught and performed with her company in the U.S., Japan, England, Holland, Germany, France, Poland, and Russia. Her commitment to performance in non-traditional venues stems from her desire to bring the freedom and exhilaration of movement she experienced growing up outdoors to dancers and audiences alike. She has created site-responsive work at Freedom Plaza in Washington DC, the Philadelphia Museum of Art, a plaza in Bytom, Poland, on a subway car in Tokyo, and in New York at Cooper Union, Lincoln Center Out of Doors, The Buskers Fare in downtown Manhattan, Tompkins Square Park, Battery Park, Bryant Park, the 6th Street Garden, and Elizabeth Street Garden. 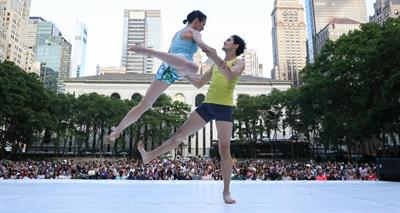 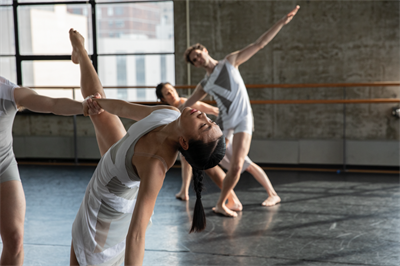